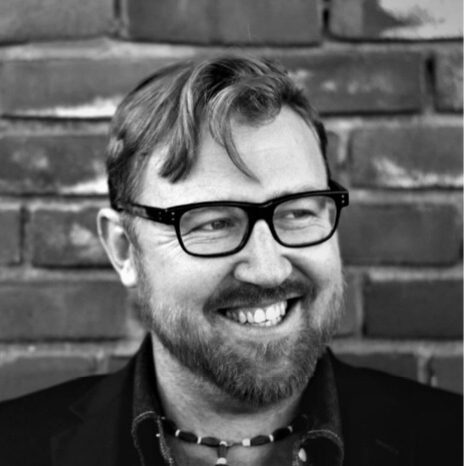 His debut feature film, Five Fingers for Marseilles, premiered at Toronto International Film
Festival, continuing to a two-year festival run and multiple awards, including five African
Academy Movie Awards (including Best Film). His most recent short, Apocalypse Now Now,
won the SAFTA for Best Short Film. A feature version is in development. Sean is the former
founding manager of the Cape Town chapter of the shnit Worldwide Shortfilmfestival,
celebrating and awarding South African and international short films yearly. He spent ten years
on the festival’s global executive committee, pushing artistic collaboration and exchange
between filmmakers from all around the world. Drummond continues to be active in film festival
planning and programming independently. He has served multiple terms on the Writer’s Guild of
South Africa’s executive council and hosted panels on finance, distribution and development
across South Africa. 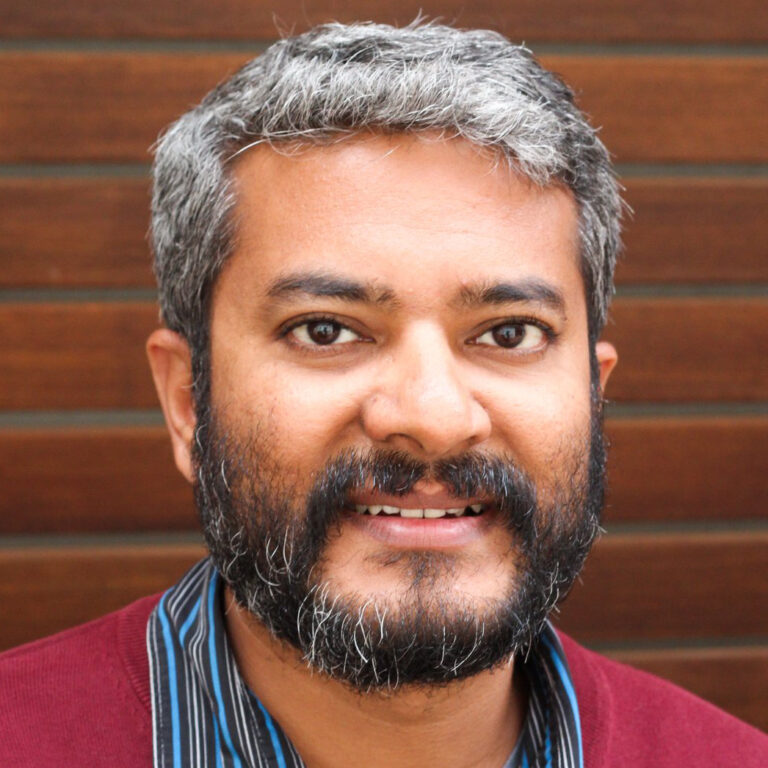 Terwadkar Rajiv Sitaram was born in Miraj, Maharashtra,
India. He has acted and participated in many stage shows and dramas during his college days, later
becoming one of the leaders in collaboration in film between India and South Africa. 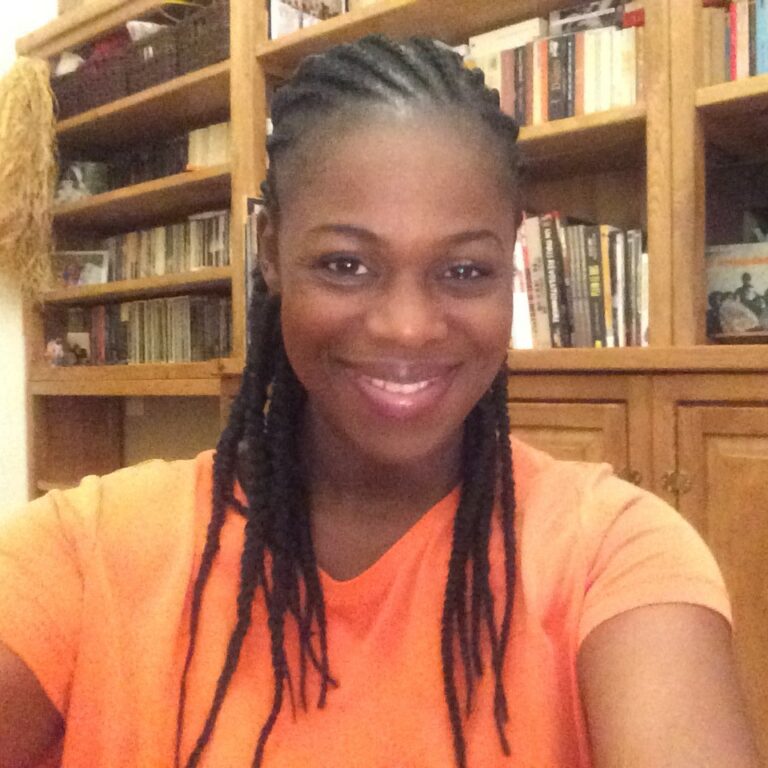 Djia Mambu is, a journalist, film critic, curator and author from
DR Congo. She collaborates for several media dedicated to cinemas, including TV5 Monde Afrique. She
is part of the selection committee of the Fespaco (Burkina Faso), Black Movie Film Festival
(Geneva), Festival International du Film Francophone de Namur (Belgium) and also working for the
platform cinidb.africa
Djia is in charge of the African Department at the international federation of film critics
(FIPRESCI) and a member of the FACC (Federation of African film Critics). She has been part of
several film commission (Jeune Création Francophone, Cineuropa, Organisation Internationale de la
Francophone, CNC) and film festival juries including Cannes’s Critics’s
Week.

Please meet the programmers for the Shorts Category of our 43rd festival #DIFF2022.
Writer, director and producer Diedre Jantjies, QIPOC, actor, filmmaker, documentarian, creative and facilitator Loren Loubser, both from South Africa, are joined by broadcast journalist, actor and through leader Patrick Sam from Namibia. 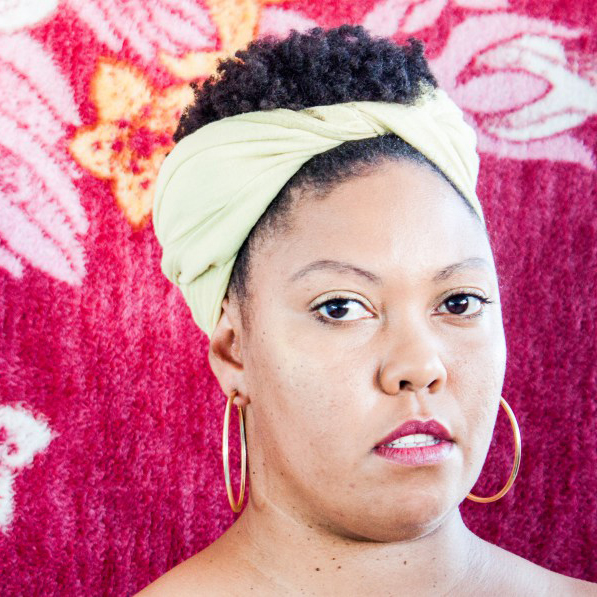 Deidre Jantjies is a cultural activist passionate about the historical stories of women.

She is the founder of Na Aap Productions, a fully integrated, broad-based production company, screening untold stories of Southern Africa. Jantjies has a long history of stage performing. She took these skills and started writing her own stories that she is creating into short and feature
films—working extensively on narratives closest to her heart. Stories that include indigenous heritage and forgotten traditions are the most crucial dialogue she wants to create. Company founder Deidre Jantjies identified that women needed a voice to represent themselves creatively. This was a great way to start a company that stood for African writers, directors, and
producers. In 2020, the company partnered with an Indian storyteller and produced Love Thy Neighbour, an animation short film that won international awards. In the same year, Na Aap also produced Tweegesig, an online comedy series featured on Facebook and Stories in die Wind.
This web series tells the indigenous story of a young girl finding her purpose. 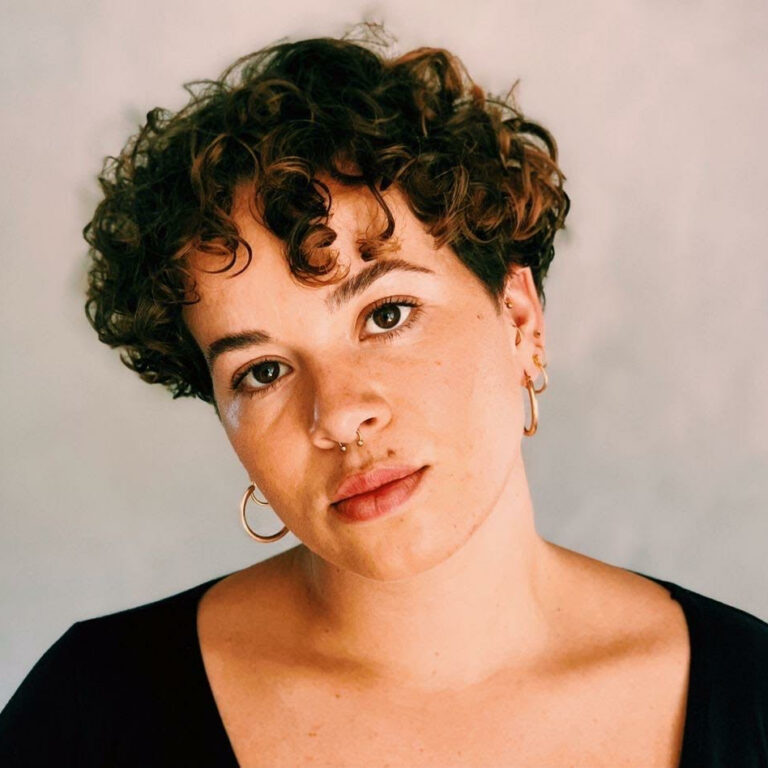 Loren  specialises  in  social  justice  work  and  is  one  of  the  Co-Directors  and Co-founders  of FEMMEPROJECTS, a queer-owned NPC and a Mail & Guardian Top 200 South African’s 2019 winner in Education. Loren has directed a short film documentary on forced removals in Cape Town called REMOVED, which is currently in the works to become a feature and was one of the most-watched short  films  at  Durban  International  Film  Festival  2021.  You can see Loren on Showmax starring in No Hiding Here, High Fantasy and later this month in Nativity. Loren has also  recently been  published  as  a  writer  in  Touch  (Sex,  Sexuality  & Sensuality). The NFVF PESP  saw Loren  co-produce  and  run  the  Queer  Writers  Incubator  in Cape Town, teaching, mentoring  and hosting  workshops  for  young  queer  writers  of  colour  to  focus  on  skills development  in writing  for  film  and  television  with  experts  in  the  industry. Loren is currently developing a very queer and sex-positive feature film funded by the NFVF called Happily Ever After. 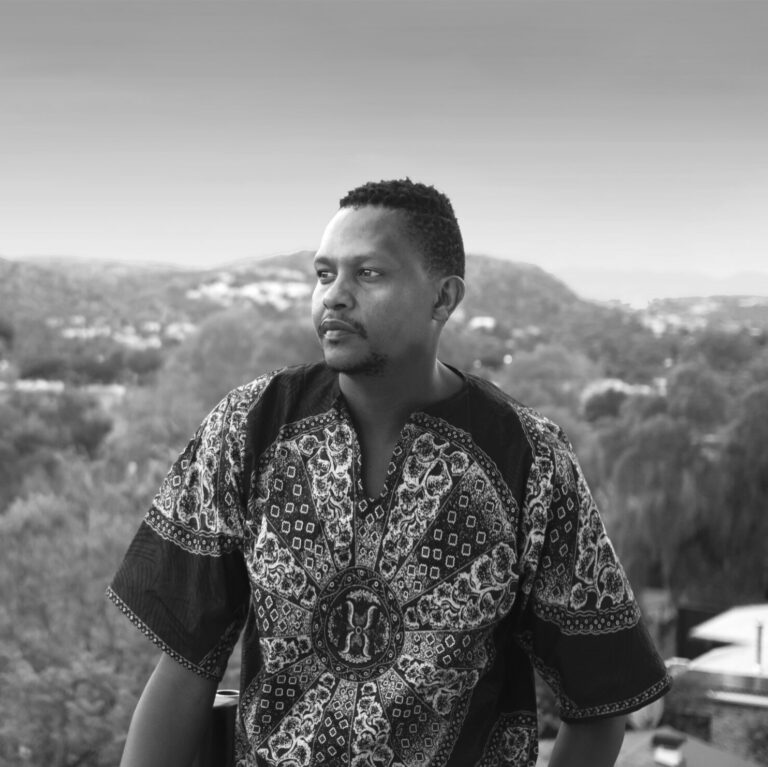 Patrick Sam is a thought leader, born in Katutura and raised in Khomasdhal, one of the marginalised townships in the capital of Namibia, Windhoek. As a Fulbright Scholar, he completed an MA in International Education Development from Columbia University, New York City. As the Chairperson of the National Art Council of Namibia (NACN), Sam views arts, culture and heritage as fundamental for human development. As a Board Member of the International Federation of Art Councils and Cultural Agencies (IFACCA), he co-chairs the African Regional Chapter.  He founded the Arts Summit of Southern Africa (ASSA), a platform that addresses the significance of public investment in the Cultural & Creative Sector (CCS).  He is a human diversity expert, broadcasting journalist and multi-talented creative.

As a broadcasting journalist, he has over 20 years of experience in television and current affairs programming. As an actor, he featured in a lead role at the National Theater of Namibia (NTN) in an award-winning musical with other features in radio production, commercials and shorts. Recently, he wrote, produced and co-directed his first short film titled ‘Blame’. He finds representation in film necessary to empower historically discriminated people to be dignified through telling their stories especially, women, indigenous people, people living with disabilities, the LGBTQIA community and marginalised individuals.

Programmers for the Documentary Category of our 43rd edition of #DIFF2022, from 21 July to 30 July 2022. Film programmer Deepika Suseelan from India, French documentary filmmaker and editor Alexandre Berman, and Lameze Allie, a programme officer at the Documentary Filmmakers Association of South Africa. 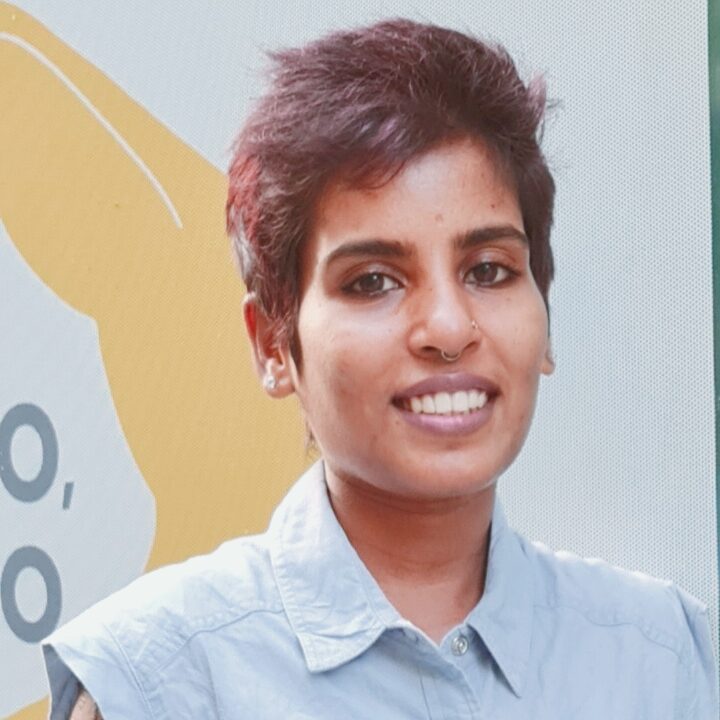 Deepika Suseelan is a post-graduate in Communication and Journalism with University First Rank and gold medal from the University of Kerala (India). 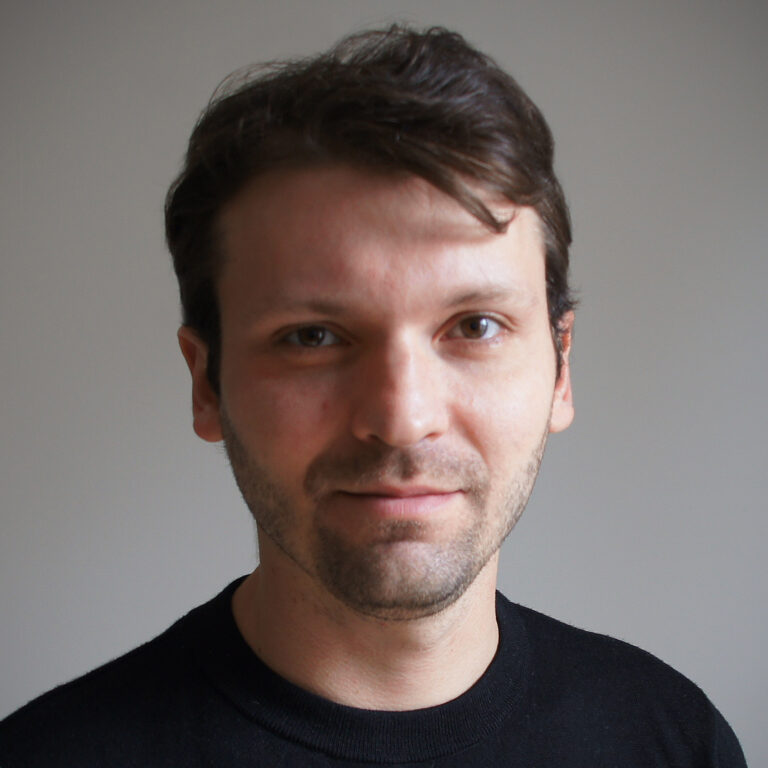 Alexandre Berman is a French documentary filmmaker and editor based in Paris, France.

His documentary The Panguna Syndrome, co-directed with Olivier Pollet, was a finalist for Prix Albert Londres 2017, a French equivalent of the Pulitzer Prize. In 2018, his feature documentary Norvège: Les Ombres sur la Mer captures cultural heritage stories in Norway and screens them in French cinemas across 2018 and 2019. In 2020, he released the feature documentary Ophir, co-directed with Olivier Pollet, that tells the story of the extraordinary revolution led by the people of the Autonomous Region of Bougainville, Papua New Guinea. The film documents the colonisation’s visible and invisible chains from a local perspective. Ophir blends testimonies, archives, poetry and music in a non-linear and cinematic storytelling approach. The film is screened in over 100 festivals in 45 countries (including Durban IFF 2021, Doc Edge, Wildscreen, Dharamsala IFF, amongst others) and receives 22 international awards. In November 2021, it was broadcasted in France Télévisions leading documentary strand “25 Nuances de Doc” and received critical acclaim from the press. His forthcoming project, to be shot in Italy, will explore the timely topics of truth, lies and illusion, and is currently in the development stage. 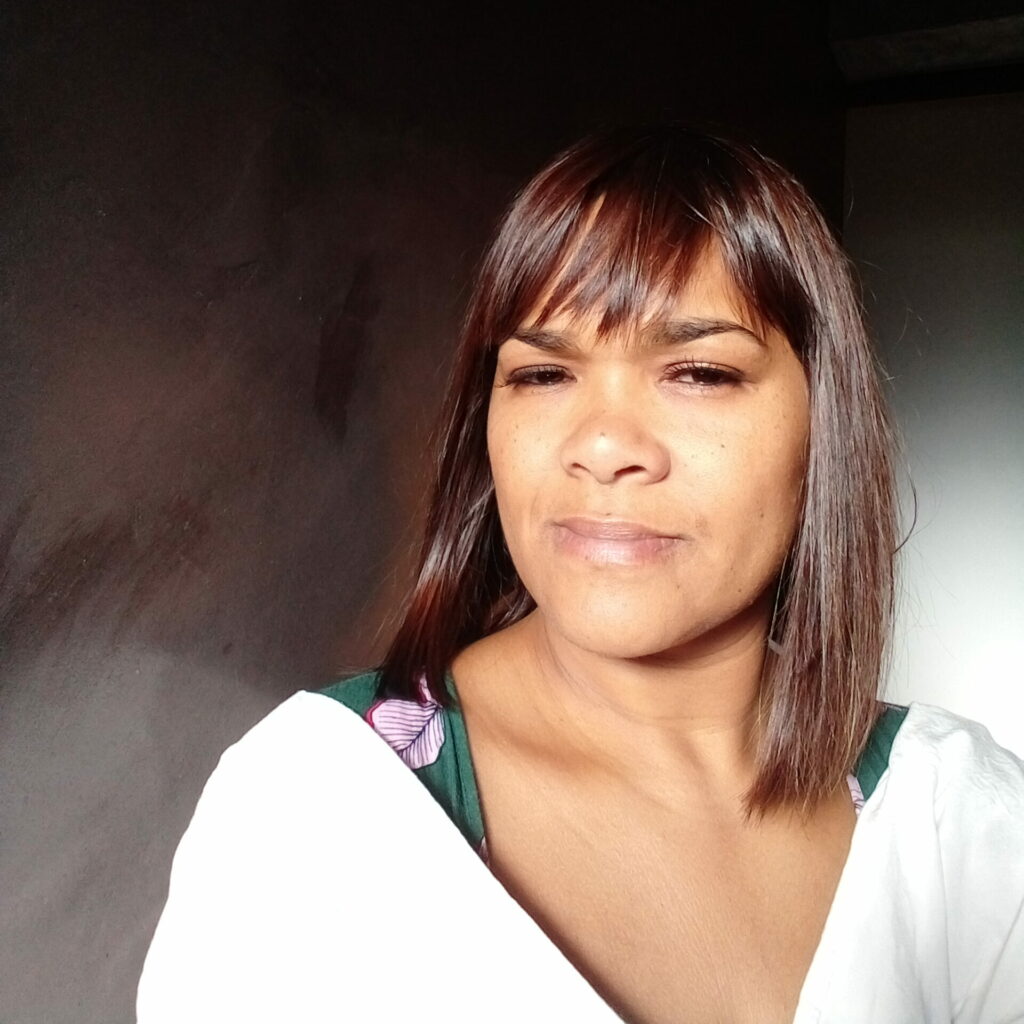 Lameze Allie, is a proudly brown-skinned woman who believes that anything is possible through hard work, perseverance, and a smile.  Currently, Allie is working for the Documentary Filmmakers Association of South Africa as the Programme Officer. She has over 15 years of experience working in Film and Media, ranging from Feature Films to documentaries and training. Big Fish School of Digital Filmmaking played a significant role in developing her interest in doing work with a purpose, having spent almost nine years as the Cape Town Campus project manager. Her work ranges from freelancing as a Facilitator  and working at Ikasi Media as a Training Facilitator focusing on Production. Ikasi Media trains youth from various parts of the Western Cape and offers much-needed bursaries to develop the love of film and storytelling in these communities.

She works as a Production Manager on a Heritage Documentary series called “As The Dust Settles”, a story of how displacement has affected the socio and economic trajectory of South Africa’s rural inhabitants.

Allie recently finished a yearlong project, working alongside Francois Verster and Simon Wood, on a Feature Documentary called “Girl Taken”. She is currently wearing a Director’s hat in developing a documentary about an ex-Umkhonto we Sizwe Commander, who played a prolific role in the liberation struggle and the 1978 Youth Uprising. This story could go a long way in educating our youth about the struggle heroes who fought and lost lives in the liberation struggle.

In the Film Festival space, she has worked with Encounters and the European Film Festival, mainly coordinating their outreach efforts, with great success and impact. 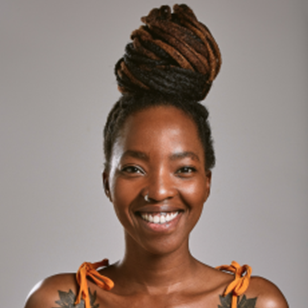 Tshepo Moche is a writer, director, mother, activist and all-round good human being. She spent her early years writing for local  television crime and drama series and lecturing Television  scriptwriting at AFDA Film School. Tshepo stepped into the animation space, working as a writer on Netflix’s Mama K’s  Team 4. Currently, she is working as an Executive Creative Consultant  and Writer on Kiya and the Kimoja Heroes, a pre-k series produced by Triggerfish, eOne, Frogbox, TeamTO and Disney+.

She’s now also taking a seat in the Director’s chair as part of the Disney+/Triggerfish Kizazi Moto short film anthology. She continues to work in both animation and live-action, developing and scriptwriting with Urucu Media, Zodiak Kids and Illuminated Films. She focuses on youth development and education, the African narrative and social/gender-based subject matter. Mothering is one of her greatest party tricks, and she’s also known to accept pizza and wine as payment for services rendered. 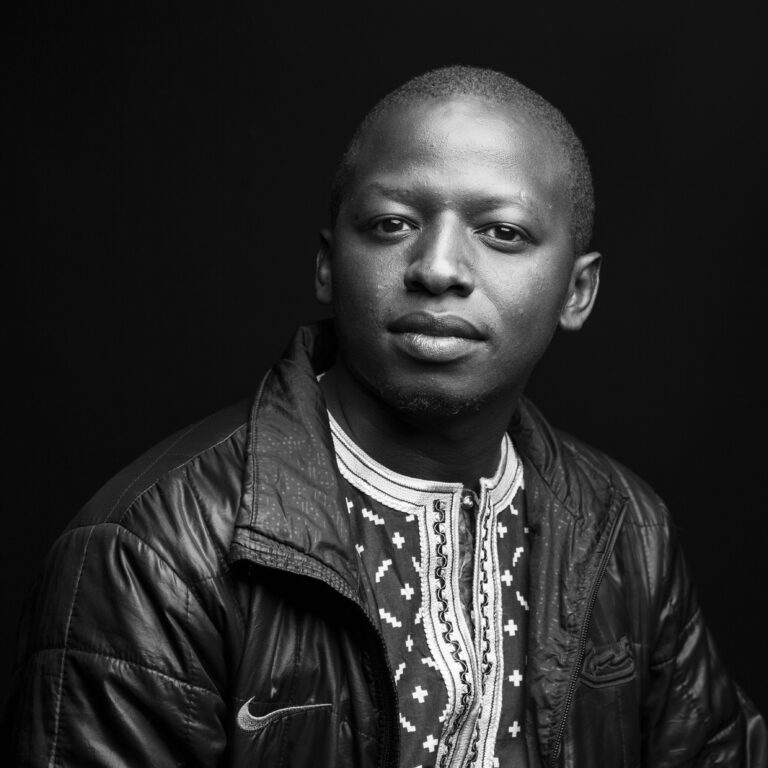 Kenneth Gyang has gained international recognition as one of a younger generation of savvy Nigerian filmmakers.

His works have appeared at the New York African Film Festival, the Los Angeles Pan-African Film Festival, and the Berlinale Talent Campus. Kenneth received backing from the prestigious Hubert Bals Fund of the International Film Festival Rotterdam to produce the postmodernist dark comedy Confusion Na Wa, which went on to win “Best Film” at the 2013 Africa Movie Academy Awards and won the Jury Prize at the Pan African Festival in LA. The Lost Cafe (2017), his second feature, won the Golden Palm Award for Narrative Feature at the 2018 Mexico International Film Festival. It was also the Audience Prize-winner at Africa International Film Festival (AFRIFF) in Nigeria. Oloture (2019), his third feature, premiered at the famous Carthage Film Festival, the oldest and one of the biggest film festivals in Africa and the Arab world. Released worldwide on Netflix, Oloture swiftly became one of the most successful crossover Nigerian titles on the service, creating a buzz and conversation amongst audiences in Africa, Europe, the Americas and the Middle East, to name a few. Kenneth is a 2018 American Film Showcase Fellow at USC’s School of Cinematic Arts, a graduate of the prestigious EAVE European Producers Workshop, and cofounder of the film production company Cinema Kpatakpata. 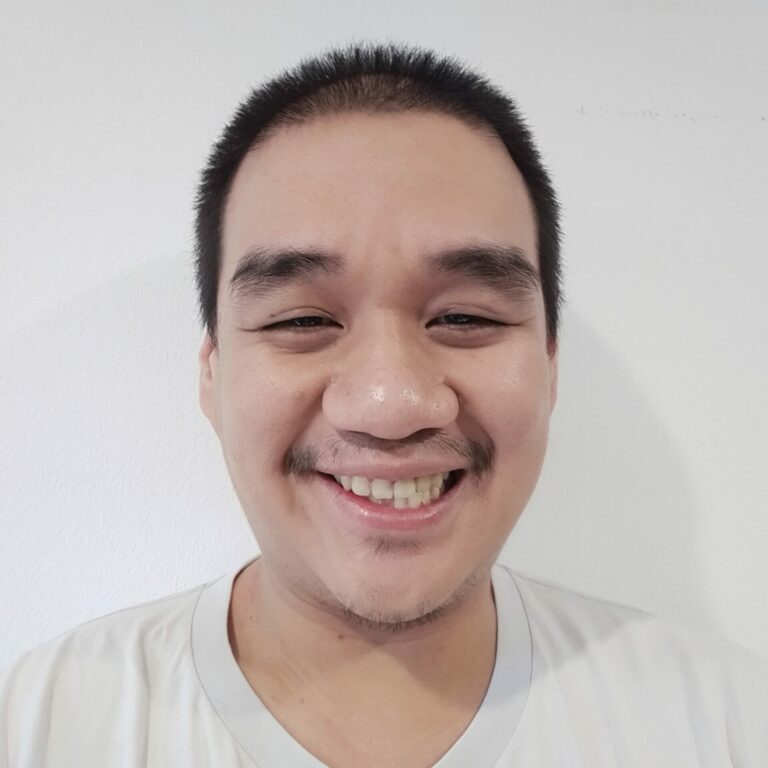