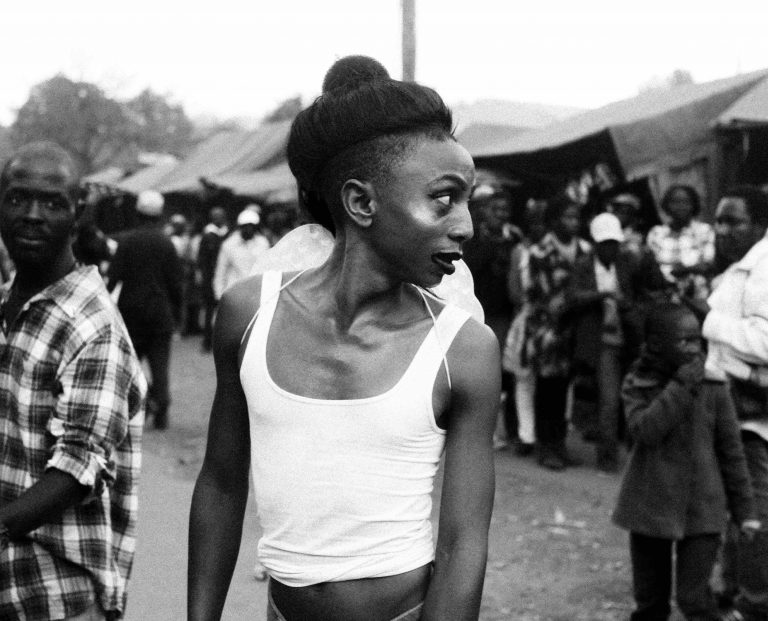 Announces Documentaries in Competition for its 40th edition

The Durban International Film Festival (DIFF) which takes place from 18 to 28 July 2019 in Durban, South Africa, has announced the documentaries in competition for its 40th anniversary edition.

Ten insightful and impactful documentaries have been selected for competition, and will be eligible for Best Documentary and Best South African Documentary prizes. The winner of the best Documentary at the DIFF, will automatically qualify for consideration for nomination for an Academy Award.

“We are really excited about the calibre of films in our documentary competition this year,” enthuses DIFF Manager, Chipo Zhou. “We had over 950 documentary submissions, covering a broad range of themes and topics. This year’s competition selection, interestingly are mostly focussed on individual journeys, many around young people having to navigate intensely disrupted and relentlessly painful spaces, as well as the issues that gender, race and culture present in this ever-changing, and often alien world. We look forward to sharing these films with audiences at DIFF, and providing some stimulating food for thought and discussions with filmmakers who will be in attendance.”

South Africa director Nicole Schafer’s Buddha in Africa, is a delicately observed documentary about a Malawian teenager in a Chinese Buddhist orphanage in Africa, who finds himself torn between his African roots and Chinese upbringing.  Another young boy is the focus in the film Anbessa (Italy/USA) directed by Mo Scarpelli. A coming-of-age story that captures a boy taking on modernization on his own terms, as he and his mother defy the newly-built housing estate which is like others springing up all over Ethiopia, as they continue their living within the traditional village community.

The Australian film by director Maya Newell, In My Blood it Runs, features a ten 10-year-old Arrernte (Aboriginal) boy from Mparntwe (Alice Springs) in Australia whose traditional language, hunting and healing skills of no value within the modern education system. This is an emotional journey through the fight to mend an educational schism between traditional culture and colonial ideas and solidify a future for the youth.

Fatma Riahi’s A Haunted Past (Qatar) is a personal portrait of a broken Tunisian-Bosnian family as ex-prisoner and ex-jihadist who is left alone to take care of his three teenage daughters. The impact of displacement on individual and collective lives continues in Hamada (Sweden) by director Eloy Domínguez Serén, a humorous, bittersweet portrait of three uncompromising twentysomethings cut off from the world in a refugee camp in the Sahara desert.  In Edward Watts and Waad al-Kateab’s For Sama (UK/USA/Syria) we are given an intimate look at one young woman’s struggles with love, war and motherhood over the span of five years in Syria.

Mother I am Suffocating. This Is My Last Film About You by Lesotho filmmaker Mosese Lemohang Jeremiah, is an extended, poetic letter to the protagonist’s mother and motherland. This brave and powerful film, is at once both intimate and alienated, and explores issues of colonialism, shame, whiteness, integration, and liminality, while speaking to the Diasporic experience of time and space.

The visually striking film from Cape Town-based director Sara de Gouveia, The Sounds of Masks (SA/Portugal) follows the compelling storyteller and legendary Mozambiquan “Mapiko” (a masked dance) dancer Atanásio Nyusi on his personal journey through the country’s past and present – his dancing skills having given him the opportunity to become a professional dancer and avoid fighting in the civil war that followed independence. The film won the Durban FilmMart 2014 IDFA award for most promising documentary.

From Denmark comes A Girl in Return directed by Katrine W.Kjaer, an intimate character-driven global tale about what happens when an adopted teenage girl decides to reclaim her lost identity.

Buddha in Africa, Mother I am Suffocating, The Sound of Masks, and My Friend, Fela, will also be screened at Encounters South African Documentary Festival (6-16 June) this year in Johannesburg and Cape Town.

The Durban International Film Festival, is hosted by the University of KwaZulu-Natal’s Centre for Creative Arts in various venues around Durban from 18 to 28 July, 2019. The full programme will go online at the end of June 2019. For more information go to www.durbanfilmfest.co.za or follow on Facebook, Instagram or Twitter.