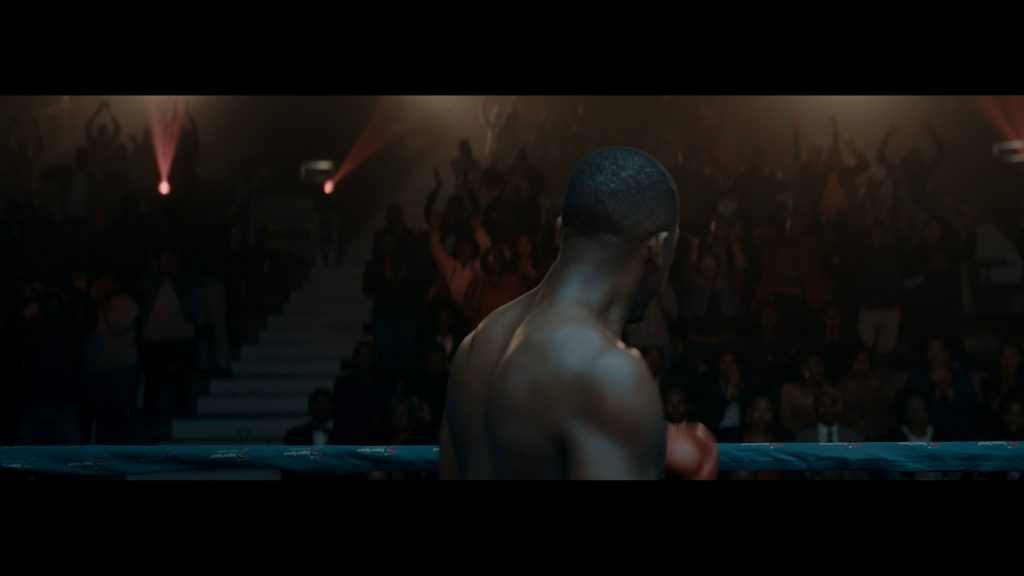 Bongile Mantsia made for a good lead playing the role of a down-and-out boxer from Mdantsane in Jahmil Qubeka’s latest film, Knuckle City. Raw, unfiltered, thrilling and hilariously unconventional, it is the first boxing feature film in South Africa. The apparent emotional intelligence in the opening scenes quickly sets the film’s tone as the characters and their roles slowly start to make sense. The constant use of profanity might at times be a turn off for some, but Qubeka’s nonlinear narrative is one that depicts the ugly truths of South African  township life and it is also one that touches on the that men are expected to play in family life. it was amazing to see Thembikile Komani’s character play an important supporting role as Dudus careless, quick-witted, younger gangster brother. In hindsight, Dudu ultimately believes that he should get a chance at boxing match that could potentially change his life and that of his family for the better. That journey, however, becomes increasingly difficult as he comes face to face with the ghosts of his past and the problems of the present. Technically, it felt like watching an hour-and-a-half-long boxing commercial, yet the diversity in the scoring enhanced the film’s dramatic narrative, making the film all the more compelling. Without spoiling anything, the film is one that is certainly for the books. It is sad, funny, entertaining and riveting all at once.

This story emanates from the Talent Press, an initiative of Talents Durban in collaboration with FIPRESCI and the Goethe-Institut. The views of this article reflect the opinions of the film critic, reviewer Mandimby Maharo