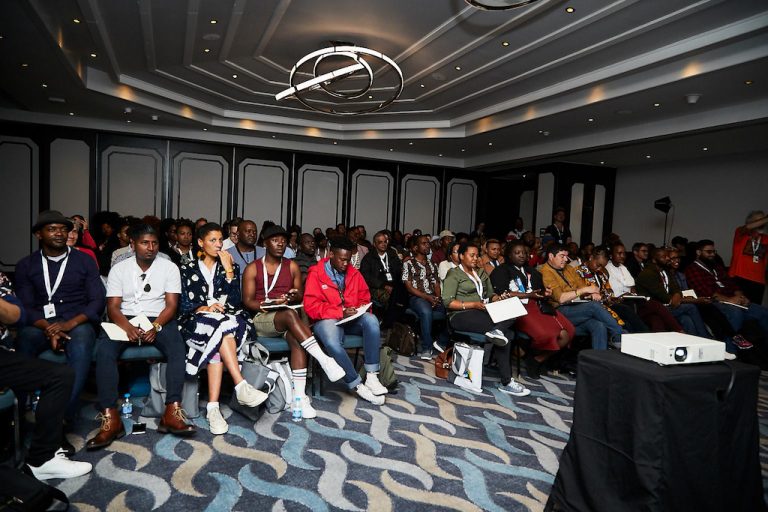 Delegate registration is now open for the 10th Durban FilmMart (DFM), which takes place from 19 to 22 July during the 40th Durban International Film Festival (DIFF).

The DFM is a joint programme of the Durban Film Office (DFO), eThekwini Municipality’s industry development unit, and the DIFF, and aims to develop the African film industry, grow African content and network film practitioners.

Considered one of the most important film industry events on the continent, the DFM introduces three new programmes to further complement its co-production market, finance and industry development forums.

“The DFM is really excited to add new programmes in this year’s event, creatively curated by South African creative industries consultant Russel Hlongwane, and producer, curator and arts manager, Tiny Mungwe,” says Toni Monty Head of the DFO and the DFM.  “Durban Does Docs is a two-day documentary conference, consisting of panel discussions, masterclasses and plenary presentations aimed to attract documentary filmmakers and scholars from the continent and around the world, who will unpack and discuss the state of the documentary in a global context.”

“We introduce the Creative Corner, a robust open space for emerging scriptwriters, actors, set designers and make-up artists, which will run over four days and will consist of script to live sessions, panel discussions around the creative elements of film-making such as editing, make-up, sound design and set design.”

“And then we welcome the Locations Africa Exhibition and Conference, a private sector initiative that focuses on film locations in an effort to re-ignite efforts to position Africa as a key filming destination which has all the necessary elements for inbound productions and local film projects. Key to this is economic transformation within the film sector.”

Locations Africa comprises of a comprehensive expo featuring film commissions and location representatives from South Africa and the continent; running concurrently to the expo is a full four-day programme of seminars, workshops and panel discussions that will delve into a myriad topics including location selection, marketing locations, servicing and facilities management, relationships between location scouts and management and many others.

“This is an ideal opportunity for African countries to market their locations on the continent but also to international producers and investors,” says Monty. ‘A welcome addition to the DFM and DIFF offering, Locations Africa will also provide producers, location scouts and location managers with a “one-stop-shop” to see the many options Africa can provide for film-makers.”

Adopting the theme Imagine Community, the DFM will use this year as a call for the recalibration of the film industry.  According the curators this provides the framework to build community within and across markets and across countries for the development of the industry on the continent.

The DFM’s forums, will consist of panel discussions, world cafe style engagements and the high level masterclasses focusing on relevant topics that reflect on and forecast African cinema both from an aesthetic and commercial point of view, the convergence of technology and filmmaking, diversity in filmmaking and women in filmmaking. Delegates can look forward to international, African and local cutting-edge speakers delivering perspectives shaping the international and local industry.

DFM delegates also have access to an industry lounge and exhibition, providing opportunities for networking sessions and to create meaningful business relationships across the globe.

Other elements of the DFM, is the finance forum in which 20 pre-selected feature film and documentary projects from Africa pitch to potential sponsors, funders or partners, as well as the 12th Talents Durban, for pre-selected intermediate African filmmakers and within the DIFF the Isiphethu Hub programme for entry level and emerging filmmakers which is free to the public.

“We are expecting this year to be a bumper one, as we celebrate our 10th anniversary along with the DIFF’s 40th,” says Monty. “Our programmes are being consolidated and there has been a lot of creative input and film community support as we begin the lead up to this very significant moment in the history of film on the continent.”

Early bird registration is open until 28 June 2019. Early bird fees are R1300 (ZAR) for the four-day programme, which includes four day’s access to the DFM Industry Programme, access to DFM producers lounge and DFM networking events, 10 tickets to Durban International Film Festival screenings and company information published in the industry manual. After 28 June fees are R1600 for the full programme while daily passes are R450 each (the daily pass does not include tickets to DIFF screenings or access into the opening and closing events).  All tickets exclude meals.

To register go to www.durbanfilmmart.co.za