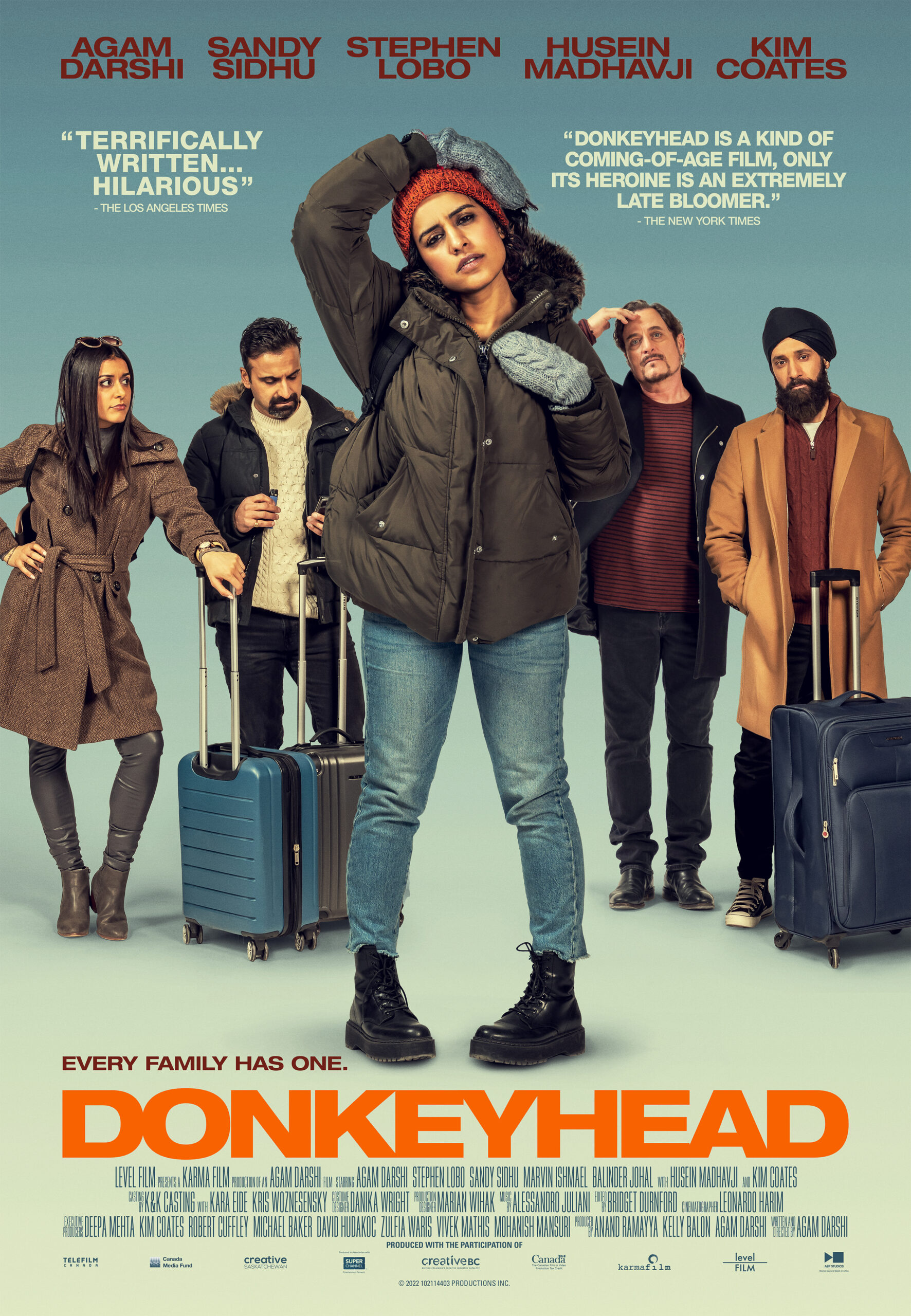 Through the encounter between a director and a scarred young woman, Miette explores how guilt shapes our personal narrative and relationships.

Donkeyhead is a 2021 Canadian comedy-drama film written and directed by Agam Darshi in her directorial debut. The plot follows Mona (37), a failed writer, who carves out a life of isolation while caring for her ailing traditional Sikh father.  When he has a debilitating stroke, her three successful siblings arrive at her door, determined to take control of the situation.